The matter is everything that has mass and takes up space. Everything around us is made of matter, including all living things and objects like books, pens, pencils, water, and air. The stuff that scientists refer to as “matter” is what makes up everything in the cosmos. Everything is matter, including the air we breathe, the food we consume, rocks, clouds, stars, plants, animals, and even a single drop of water or sand. They take up space and have mass. Three different physical states of matter that exist are liquid, solid, and gas.

Characteristics of Particles of Matter

1. Particles of matter have space between them

In water, particles of sugar, salt, Dettol, or potassium permanganate are dispersed uniformly. Similar to this, particles of one form of matter enter the spaces between particles of the other type of matter when we create tea, coffee, or lemonade (nimbu paani). This demonstrates that there is adequate space between matter particles.

2. Particles of matter attract each other

There is a force between matter particles. The particles are held together by this force. From one type of substance to another, this force of attraction has different strengths.

Solids are incompressible because they have fixed volumes, definite shapes, and identifiable boundaries. When a force from outside the solid is applied, it tends to keep its shape. Solids are rigid because while they can break under force, it is difficult to change their shape.

Liquids have a definite volume but no fixed shape. When stored, they adopt the shape of the container. Although they are not hard, fluids can alter shape and flow.

In contrast to those found in solid or liquid forms, gas particles are far apart and move easily and quickly. Gases lack a definite volume and definite shape. They take up the entire volume of the container in which they are put.

By adjusting the temperature and pressure, these three states of matter are interchangeable.

The existence of different states can be understood in a better way if we deal with various matter in our surrounding questions.

Is Matter around Us Pure Questions

At the macroscopic or bulk level, matter can be classified as a mixture or pure substance.

There are many mixtures of different substances all around you. For instance, mixtures include things like tea, tea leaves, and sugar solution in water.

You can have homogeneous or heterogeneous mixtures. In a homogeneous mixture, the components totally blend with one another in a uniform combination. This indicates that the combination’s components are evenly distributed throughout the majority of the mixture and that the mixture’s composition is constant throughout. Examples of homogenous mixes include air and sugar solution.

Elements and compounds are additional divisions of pure substances. An element’s particles are made up of just one kind of atom. These constituents could be molecules or atoms.

The molecule of a compound is created when two or more atoms of various elements interact in a specific ratio. Compounds like water, ammonia, carbon dioxide, sugar, etc., are examples.

Detailed knowledge on compounds, mixtures, elements etc., can be understood by practising is matter around us pure questions. 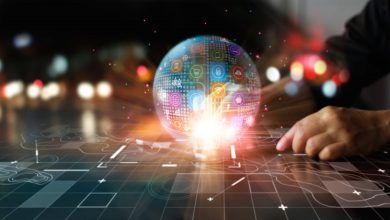 Is Working in Digital Marketing Hard?